4 Benefits of Tango or Dance

“Clap, clap, 5-6-7-8” calls Clay’s voice over the Buenos Aires accordion music. Around the town-recreation hall many lips silently count steps and the occasional head is bent to watch the foot work. Another Tango lesson has begun.

Unlike other styles, tango is a “walking” dance. Typical ballroom dances may have ‘proven’ to you that “you can’t dance.” Yet, if you walk, and especially if you can walk to a beat, you can probably tango.

On the other hand, if you’re a great dancer, realize that this activity is a different animal. I noticed many folks having to un-learn twisting, rocking and swaying moves.

In truth however, because tango is considered improvisational (to the good tangeuer), one of the first rules that stuck in my head was that there aren’t hard-and-fast rules, as Clay explained numerous times. Generally, I like rules, so I was skeptical.

Admissions up front, the first, and every subsequent, lesson filled me with apprehension during the starting minutes of the weekly “Absolute Beginner Tango” class. Why? Who knows? I imagine it was worse for my husband, Michael. Probably too for all the single folks there, who made up about 1/3 of the class (singles don’t stay single long, in terms of dance). Luckily, we can both laugh at our mis-steps and awkwardness. I bring this up primarily to point out that even those who appear confident are most likely in the “act-as-if” mode.

Another reason for my apprehension, is one that others, who have taken certain dance lessons in a group, will recognize. We had received an email explaining WHILE NOT MANDATORY, it was suggested that we would learn more easily if we sometimes switched partners. Agh! In tango there is more reason for this than with other dances (which I’ll explain later), but we had the same experience in a group-setting salsa class we once took.

Now, since this class has ended, I admit I still didn’t like switching much. I could humorously describe my little micro-scenes, but it would be occasionally mean, and selectively self-serving. More importantly, ‘I get it now.’ You learn more from the slip-ups or, conversely, the nice styles of others.

One great tip. If you are a senior – anyone over 50 – take a class with other seniors. IMHO (which for whole-word loving seniors means ‘In My Humble Opinion’), there are advantages. They seem less competitive, a bit less self-conscious (comparatively) and with a enough history to have learned not to take themselves too seriously.

I would have started with the benefits to entice you, but they’ll be easier to understand with a few basic points under your belt. Obviously (I hope), one would not try to “teach” a dance by writing about it. This is more an explanation.

Let me first apologize to my teachers, Clay Nelson and Nancy Heyerman for condensing their years of teaching and doing tango into an explanation they may not even recognize. While their expertise and skill was evident to all, they hand-held us very nicely, every step of the way. The word “bumpkin” was never uttered.

Walk. Tango starts with walking. You learn to (if you can’t already) clap and walk on the downbeat of the music.

Music. Surprisingly, while the music evolved out of Buenos Aries (early 1900s), it’s a blend from native Indigenous people, European settlers and African slaves. It may not strike us as such today (when anything goes), but it expressed forlornness of those times. Spotify has a large variety of tango music for practice. Or you can quickly search YouTube for music videos to play at home.

Rules? There ARE “rules” and traditions, and conventions, and vocabulary of tango. Still, they are mostly to assist communication between leader and follower. Watching pros, I think perhaps the “rules” are mostly for beginners only.

Improvisation. Improv is the key to the dance. Teacher Clay expounded on it, “Just like when talking, we improvise within the grammatical structure and rules of the language we use. When dancing tango we improvise our movement.”

Social. Tango is meant to offer social opportunities (hence changing partners). The “Milonga” is kind of a tango-party to which you don’t get a formal invitation. It’s a place where people go (often dressed-up) to dance. Not just to drink, with a couple dances attempted as in a typical American discothèque or club, but truly a time to dance. When at a Milonga, the music will be grouped into 2 (maybe 3) songs called “tandas.” Convention holds that you dance with a partner at least for a full tanda.

Millions of tango dancers around the world use word-of-mouth for a get-together, or social media to find a local Milonga. In the US, you can find dozens of events to drop into by checking Milongs in any City. As I write, there were 432 listed in the US.

Stance. In tango, the stance is often referred to as the “embrace” or even “hug.” For advanced Tangueros, this truly is a hug, as it’s easier for the lead to telegraph their intentions to the partner. To ease any fears, beginner classes have two different stances; first a “practice position” (holding near each other’s antecubital fossa – the anatomical name for the shallow depression on the inside of your elbow). Second, is the “open embrace” (rather like a waltz).

Steps. I certainly can’t convey, and wouldn’t even know, all the different steps in tango. Still, naming a few may eliminate unnecessary mystique. Our enthusiastic class learned: marking time (stepping in place), walking forward, walking backward, rotations, and then slightly trickier, a rock step, various box patterns and a cross.

Dressing. My classmates generally stuck to the rule of “come as you are,” although most looked pretty nice for that casual attire. However, it seems in the real world of tango this is an opportunity to get “decked out.” For learning, many of us started out in sneakers (told we could) and later changed to leather soles for easier sliding.

3 of 4 Tango Benefits (other dances too)

Note: My tango class was offered by OLLI (Osher Lifelong Learning Institute) and required proof of vaccination. Masks were optional, but not discouraged.

There may be other benefits than the four I plan to present, but in my mind, this was motivation enough.

Hugs have multiple benefits, both in terms of physical health and mental health. Considering COVID and personal-space issues, the social etiquette of hugging can be precarious.

The alternatives of late, namely elbow bumps, zoom waves, and air greetings have not sufficed to meet some of our biological needs. According to Suzanne Degges-White, a professor and researcher focused on social relationships at Northern Illinois University, “when we hug, our brains release oxytocin, the bonding hormone, as well as serotonin and endorphins.”

The brains of both children and adults need healthy, close contact, and if we don’t get those hug-hormones, it can have psychological repercussions.

In one of my posts: Hugs Buffer Hassle — Aging with Pizzazz, we learn the stress-buffering effect that can protest us from infections and chronic illnesses. In part, this is due to the “attenuation of negative mood” that hugs can combat during interpersonal conflict.

Basically, when an argument puts us in a bad mood, a hug can bring us out of it.  This study (from PLOS – Public Library of Science), revealed that most people respond the same.

After controlling for other specifics, such as social situations, individual affect and perceived support (as well as gleaning information from other research), the benefits of hugs were clear. Alternative causes for the gains (alternatives to hugging) were rejected.

As I say in that post, the bottom line is that hugs are good. Tango and other ‘intimate’ dances supply that closeness.

Here’s one interesting answer to a question the study might raise. HOW LONG does a hug need to last to optimize the benefits of the hug and release the helpful hormones? Answer – 6 seconds. So, no French cheek-pecks.

I encourage everyone to pick some form of dance to learn, if for no other reason than increasing neural connections. Maybe swing, Western line-dancing, waltz, Broadway steps, salsa or tango, but something new to you.

Feel intimidated or timid? My husband describes himself as “rhythmically-challenged.” Yet, he professed to actually enjoy beginning tango.

Tango was one of my adventures this year; I plan others. Lots of dances are on my life-aspiration list, but this is somewhat different.  It’s especially inviting to anyone (men or women) who don’t find “ballroom” to their taste or skill.

This summer I hope to check off a few more lifelong list items, so posts may be erratic as compared to usual.

For now, I’ll end with the sign-off that Clay (the tango teacher) uses and which I credit to him: “Now there’s nothing left but to keep dancing.”

The post 4 Benefits of Tango or Dance appeared first on Aging with Pizzazz. 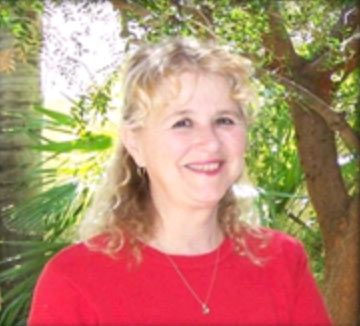