There we were, laughing and sharing stories at a new restaurant when suddenly, my daughter, Teri, got a weird look on her face and appeared to be crying. Nothing prepared me for what came next.

“Mom, you are going to be a Grandma!” She said excitedly.

She looked at me with big eyes, raised eyebrows, and a frozen smile to wait for my reaction.

In shock, I took a few seconds to respond.

“Oh my gosh! Really? When?” I muttered trying to control my facial expressions.

“But of course!” I smiled and gave her a huge hug.

As I started to process the message, I couldn’t help but have mixed feelings. I was excited for Teri and her husband Jim since I knew that they wanted a family and I was confident they would be great parents. As for me, I didn’t think I was ready yet for the title of GRANDMA.

Now don’t get me wrong. I loved raising my daughters and being a mom. But that took getting used to too. Even when I was eight months pregnant with my daughter, I started freaking out and told my husband that I didn’t think I could do it.

“Do what?” He looked at me fearfully.

“Be a mother.” He held my hands and looked at me straight in the eyes and said that he knew that I would be a great mom and he would be with me all the way.

Flash forward to April 4th. Teri and her husband are at the hospital, and by this time, I am excited and want to be there to help if they need me. Teri called around two in the morning and said that she was pushing and that the baby was coming soon. I rushed to the hospital and went to the nurses’ stand and asked if Teri had delivered the baby yet, and if could I see her. They said yes, but when I got to the room, there she was in stirrups, still pushing! I was allowed to stay, but my emotions were on fire. I was excited, scared, and embarrassed all at the same time.

Then it happened. I became a grandmother.

On her last push, out came the baby. I got to watch his arrival into the world and immediately fell in love with this little guy. As I looked at him while he was being measured and cleaned, I started to feel a surge of joy and determination. I was going to GET TO BE his grandmother! It was as if I had a new purpose, and I couldn’t wait to be a part of his life.

Since grandparenting was new territory for me, I had a lot to learn. “Don’t shake the breast milk bottle, make sure the baby is on his back and swaddled before he sleeps, and my favorite— keep the baby monitor in view at all times. I was obsessed with that monitor. As I learned the new parenting rules, I wondered how my two daughters survived their early years.

Time spent with Calvin has been precious. I remember holding him while we danced to Reggae, encouraging him as he struggled to crawl, and reading countless stories to him. As he has gotten older, sports have entered the picture and watching him play soccer, baseball and basketball have been so much fun. I think he inherited my athletic killer instinct, which will hopefully be a positive attribute.

A while back, I was putting him in his car seat and noticed that he was getting too big for it. I said: “Calvin, you are growing up so fast!”

He looked at me with sad eyes and said, “I don’t want to grow up.”

“Because when I grow up, you will be dead.”

I smiled and shook my head and told him that I planned on being around for a long time and not to worry. But his words got me to realize that now I have a great reason to take better care of myself. Not only do I want to see him grow up, but he wants me there too.

So do I like being a grandmother? Obviously yes, in fact, I love it. I now have three grandkids: Calvin is eight, my granddaughter Clara is six, and my new grandson, Bodie, is two years old. They are treasures and worth keeping myself healthy and fit so I can be the best grandmother I can be and see them grow up for as long as possible. By the way, they don’t call me Grandma. My name is ZMA. I guess I just had to be different. 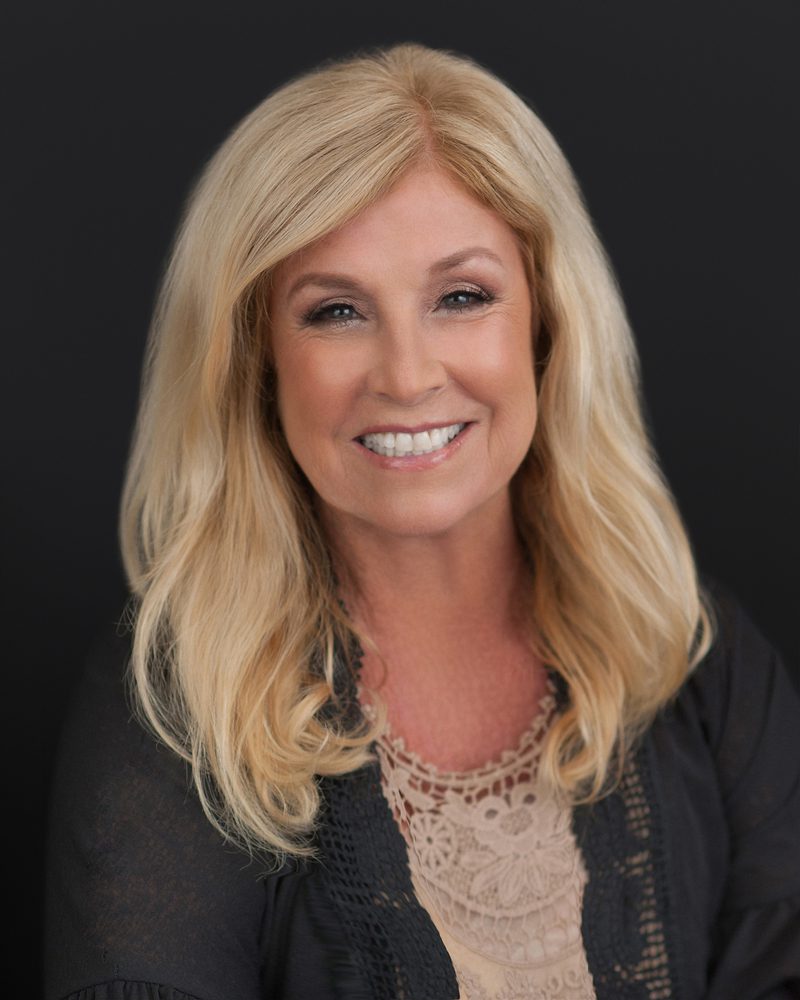 Sharkie Zartman, MA, is a college professor, a former All-American athlete, and award winning volleyball coach. She hosts Sharkie’s Pep Talk on HealthyLife.net Radio Network and is a certified health coach, speaker, and the author of five books including Shark Sense, Empowered Aging, Have Fun Getting Fit, Hey Sports Parents, and her newest, WIN at AGING. She is passionate about helping people take an empowered approach to life so they can have optimal health, happiness, and success at any age.