As inflation weary voters head to the polls Tuesday, oil companies are chortling all the way to the bank 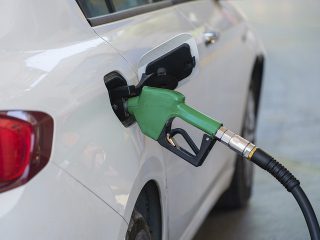 It’s one of the biggest frauds unleashed on the American public: high gas prices despite falling crude oil prices.

As consumers prepare to vote, it’s often the high gas prices that are on their minds.

Recently, I wrote about price gouging. I reported about one-third to half of the current inflation in the United States is being caused by big companies making excessive profits.

It was difficult to get information on price gouging, but a friend send me a copy of a chart that’s gone viral.

In April, John Bevins of director of research at the Economic Policy Institute, an economic policy think tank, developed the chart showing that corporate profits made up 53.9 percent of the recent increase in inflation compared to an average of 11.4 percent for 1979 through 2019.

See a copy of the chart here or in the video below.

When U.S. Congresswomen Katie Porter (D-Calif.) testified at a hearing in September, she held up Bevins’ chart. In an MSNBC interview, below, Porter said as corporations have grown, they’ve forced out smaller businesses. As they’ve become more powerful, they can charge high prices because they have little or no competition. She gave Big Oil as an example, where there are only a small number of companies that dominate the market and control the supply.

Also fortunate in my information gathering was finding a group called Accountable.US, a corporate watchdog group.

In a report, it pointed out that oil prices went up 1.2 percent between Jan. 10 and Sept. 23. During the same time period, gas prices at the pump went up 13 percent.

Retailers keep the price of gas up even after the price of crude oil has decreased because consumers are already accustomed to the high prices, economists with the St. Louis Federal Reserve said in a report.

Huge oil and gas corporations Shell, Chevron, BP, and Exxon had a combined $75 billion dollars in profits last year as prices at the pump continued to climb from pandemic lows of 2020.

So when you go to the polls Tuesday, instead of voting against Democrats because you think they’re responsible for inflation and high gas prices, do research.

Look at what Republicans have in their inflation reduction plan. Nothing. They don’t have one.

And Senate Majority Leader Mitch McConnell (R-Ky.) isn’t saying what he’ll propose if the Republicans take over the Senate.

But Sen. Rick Scott (R-Fla.) is proposing to end all federal government programs every five years, including Medicare and Medicaid, and see which ones Congress will want to renew.  Think what a mess that would be and how devastating it would be to older adults if these programs are slashed or eliminated. Scott’s plan is gaining support among Republican leaders.

While Democrats support programs for the middle class and workers, Republicans champion what corporations want: lower taxes for the rich, smaller government, and less regulation. I don’t know about you, but I want government employees to check slaughter houses and meat processing plants, approve prescription drugs, and carry out a host of other health and safety programs.

Look beyond inflation when you vote. It’s important for middle class families.