The Novice Petsitter and A Stolen Suitcase, A Story

Jonathan remarried a few years ago and his new wife prefers they live in her castle.

Doesn’t that sound weird to us Americans?

Truth be told, Jonathan has a very nice home in a small town called Gosport, right on the Solent Sea and facing the Isle of Wight on the Southeast coast of the UK. He met us at the ferry, a 5-minute ride from Portsmouth. Tilly and Bear are his Jack Russell cuties and he asked us to stay for two months while he and his wife went to Trinidad. (It was winter.) Trinidad is a far cry from England. But hey, we were there for adventure. With raincoats.

Our new home (Jonathan’s) was a two story, 3 bedrooms, 2 bathrooms, brick building about 150 years old. The first thing you see as you walk into the entry is a picture of Jonathan in uniform on horseback bending over to receive something from the Queen (30 years ago.) Are we impressed?  You bet. The living room was painted and carpeted in dusty rose and antique furniture. The grand piano displayed family pictures. The other tables and mantle held works of art in silver, for example, a detailed Viking ship. It was the deceased wife’s art collection. We spent our evenings there with the pets.

The pets are low maintenance with one exception. Yes, they ate regularly. Needed no medication. They had a large, fenced yard for quick outings, loved to sit with us, and in our laps. Sweet, sweet things. However around three AM, yes 3:00AM, each morning they started barking to go out. Barking in the stairwell sent echoes into our sleeping heads and one of us would get up to let them out, stand in the doorway until they returned 5-10 minutes later. I don’t know who trained them, but this habit gets old fast.

The stairwell held many paintings and photos of Jonathan’s deceased wife, including a portrait of her at age 14. Did I mention that Jonathan was in his sixties? The bedrooms were painted and decorated according to the taste of the deceased wife. Oh, my. We were living in a memory museum dedicated to the deceased wife.

But hey, no misery for us. We had a housekeeper in weekly. And Jonathan lent us a car. Really a slice of heaven house-sitting assignment. The housekeeper would let herself in and then organize her day, dusting and vacuuming and polishing the silver. When I mentioned the oven needed cleaning (from the prior year of build-up), the quick answer was, “I don’t do that.” We thought it was Jonathan’s to deal with, so we left it alone. But the plumbing leak could not wait seven weeks until he returned. We shot him a text and picture and right away he gave us the plumber number. The leak was quickly fixed.

When you travel and live like the locals, people are easy to meet. We meet them in the Discovery Center (the library name), the pub, the grocery lines and at church. We found a church we liked and found a home away from home, family away from family. Can you imagine how it feels to go to Sunday service in a church that’s been open for 1000 years? And we noticed there were lots of young people and children. We met a wonderful couple who invited us to their home on Thursday nights for a study on prayer. They threw us a party called ‘bangers and mash’ because I had no idea what that was. Anne cooked on her Aga (a very special stove) and 10 of us cozied up around the kitchen table. Such a special time. It was there we met Mike, a true raconteur (storyteller) who later gave us a story that had us rolling on the floor in laughter. (Read to the end.)

We love to walk so although we had a car, we spent several hours a day walking the dogs, and walking around the port visiting the eleven museums. Yes, eleven. I get flashes of interesting details when I think back.

Our new world is so different from our home place. Wherever our eyes wandered we notice something different. The entire experience refreshed our souls in ways we never could have by staying in one place. We have memories of past assignments, hosts, and pets. We savor the current assignment, location, and pets. We anticipate the future gigs. The doors are open for many adventures.

A week before we left, we had our new friends over for a pasta dinner. Dan’s sauce is renowned and Mike entertained us with stories. One story stood out:

Some folks over in Wales wanted to go on a safari so prevailed on their single friend, Mary to watch their elderly dog. They were out of contact and Mary was left with a few instructions such as when and what to feed and walk. This was her first pet sit ever. A few days pass and the dog died. She didn’t know what to do. After a batch of hard thinking, she decided to have it buried in a pet cemetery. The nearest pet cemetery was fifty kilometers away and Mary didn’t have a car but there was a train line that stopped in the right place. She then put the dead dog in a suitcase and took the bus to the train station. It was fairly crowded that day. She stood in line to buy her ticket but set the suitcase down because it was heavy. For a minute as she read the arrival/departure board she was distracted. When it was time to move forward in the line she reached for the suitcase, and it was gone! Can you imagine the look on the thief’s face when he opens the suitcase and find, not sellable items, but a dead dog? And now how is Mary going to explain this to the host couple when they return from Africa?

What an evening full of laughter and good food and excellent wine. These memories are like jewels in a crown. Each polished up again when story time comes up in the future.

Do you wonder why I tell you this story?

Have you read the studies about the top regrets of the dying?

Not one of these express regrets about traveling. My Aunt Mim, at 92, said to us “Traveling is the best thing I ever did.” She said, “Go while you can.”

What I want is to boost your confidence in travel, to show you how, and to inspire you to go before you have no more time.

Travel is the greatest adventure of life. 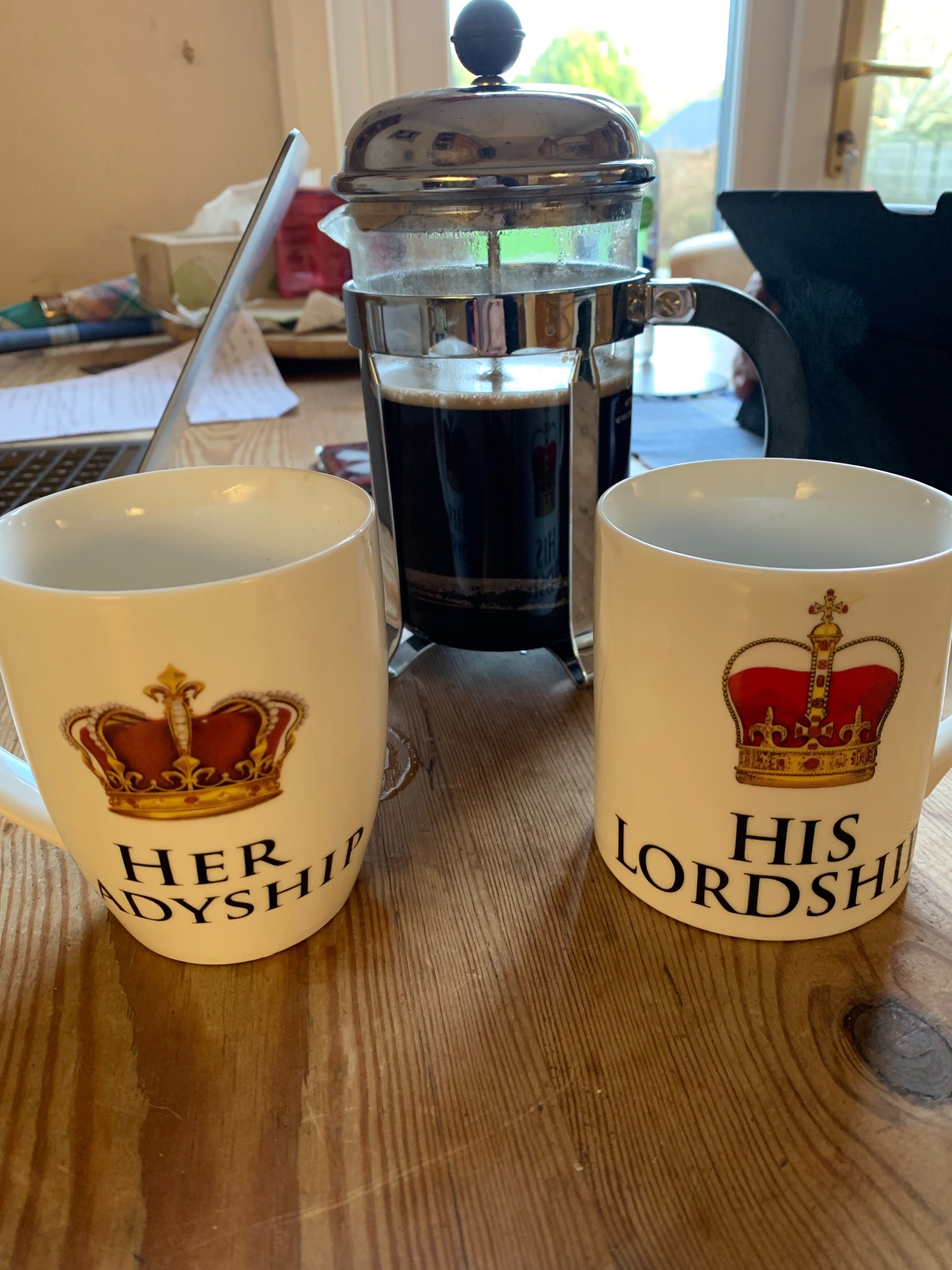 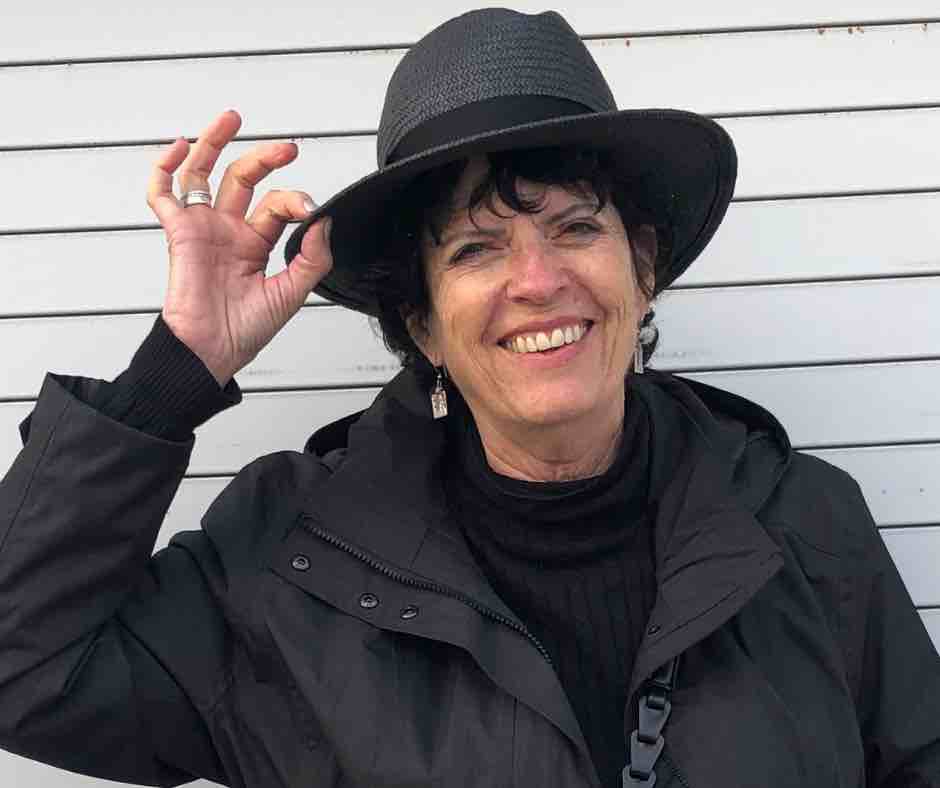 I've always loved to read. Stories invited me into adventures but left me hungry for action. Why couldn't I experience adventures for myself? At first I thought lack of MONEY was the problem. Then career came and I thought TIME was the problem. So I set out on a journey to prove that I could live my own adventures regardless of money or time. Now I teach others how.