It wasn’t a particularly bad eight months of the year for me as a writer because I had two novels published — Make Room for Family on February 1 and Reunion of Familiar Strangers on September 1. I also had several successful book-signing events and the novels have had reasonably well online sales.

However, since September, I’ve been at a loss for words. And that’s not good for a writer. It was my hope to get reenergized in November in the National Novel Writing Month, or NaNoWriMo, but I produced only 5,000 or so words the first few days before zoning out to an empty wasteland. 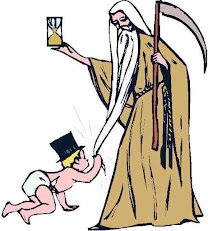 Even with this blog,  I only posted three times in the past four months, and this will be the fourth if it sees daylight before midnight.

My goal is to get refocused and get back to writing beginning Jan. 1. During these semi-barren months, I have been thinking about the sixth book in the John Ross Boomer Lit series. I believe I have some ideas to proceed. Only time will tell.

I confess that I get moody about things swirling around me, such as the seemingly never-ending COVID-19 virus that has affected lives in countless ways. I especially feel for those who have lost loved ones to the deadly disease which has claimed nearly 825,000 lives among the 54 million cases in the U.S. (globally, nearly 5.4 million deaths and almost 283 million cases) And sadly, more will die in the coming months. My unsolicited advice is to be vaccinated, if not for yourself, then for those who care about in your life. At the very least, wear a mask. Their lives may depend on it.

The political turmoil in the United States hasn’t lifted my spirits. I worry that the damage done will take years to repair. I fear the future that my sons, grandchildren, nieces, nephews, friends, and others may face as our democracy appears to be on the brink of collapse.

I hope America will experience a great awakening, a renewed spirit in creating “a more perfect Union, establish Justice, insure domestic Tranquility, provide for the common defence, promote the general Welfare, and secure Blessings of Liberty to ourselves and our posterity” before it’s too late.

While I wasn’t able to write a lot, I did read a lot. More than 30 books in the Goodreads reading challenge. I plan to do the same in 2022.

You’ve probably heard the aphorism that “writers write.” That’s what this writer will be doing in 2022. And a lot of other things in the new normalcy.

I wish you success, health, and happiness as we embark on a new year.