What Does Brad Pitt Have to Do with Individuation?

If you’re like me, you’ll go see a movie simply because Brat Pitt is in it. It doesn’t matter what role or how big a role, I’ll be there or be square.

It’s been a while since a movie has intrigued me on a depth level, and I have to say it took me until the end of Bullet Train (Leitch & Fuqua, 2022) to appreciate the secret message that was being delivered via the collective unconscious, but I got it eventually.

I haven’t fully processed it though, and this is one of those films I will have to go back and see, I’m not sure how many times. It took eight viewings of Alita: Battle Angel (Cameron & Landau, 2019), and multiple paper napkins on which I feverishly wrote notes, before the insight came to me.

Jung didn’t say much about film, but Research Professor of Media Analysis and Jungian analyst Luke Hockley saw his theories as useful in exploring the meaning of film from both an individual and collective perspective. I found it interesting that the Moving picture was invented alongside the emergence of the field of psychology. Could it be that the desire to see life mirrored on the movie screen reflected an unconscious need for making sense of modern life?

There were two concepts that helped me explore my film viewing experiences during my Midlife unraveling especially. The first was Jung’s notion that there was so much more communication going on between you and another person—or experience—than you consciously knew.

The second concept was Luke Hockley’s idea of the third Image, which you can read more about in Jungian Film Studies: The Essential Guide (2016). Think of the third Image as meaning that is created in the space between you and the film screen, your TV, laptop, the radio, or the stage on which a performance is taking place. This meaning may have little to do with what you consciously think the story is about or what the director intends.

This space is a playground where various contents from your unconscious react with the images, and an effect is produced—an insight, a new question, an emotion, or new meaning. In this psychological space, you may feel partially awake and partially in a dream world where your ego has loosened enough to receive something unexpected.

What Was the First Movie that Impacted You?

Women Can Kick Alien Ass Too!

The film Alien (Scott, 1979) was the first I remember seeing that unleashed a dramatic emotional response from me. It was the first science fiction film that featured a female as the hero who battled the evil aliens as violently as any male could. I mistakenly gave credit to the masculine (not meaning man), rather than realizing the feminine (not meaning woman) has her own violent nature.

In the sequel Aliens (Cameron, 1986), the character Newt was added, a little girl that was the sole survivor at the scene of alien destruction. She is found hiding in a small space, having survived by learning to avoid the alien as she scurried around foraging for food. Newt was a symbol for the barely surviving and forgotten feminine. But she did survive, and she was saved from death by Ripley—the kicker of alien ass—who refused to leave her behind.

These films reflected attempts to process the changing notions of feminine and masculine, and the sequels offered an interesting twist. We find out that the alien is a queen mother, and her sole purpose is laying eggs. Her womb is in the darkest area of the abandoned site, and she uses humans as temporary hosts, each forcibly impregnated with the potential alien baby, which will violently burst out of the human’s chest, killing the host.

Ripley rescues Newt before she becomes a host, and with Newt perched on one hip and flame thrower on the other, Ripley sets fire to hundreds of eggs—a giant womb on fire. She has now made an enemy of the queen alien, and eventually Ripley falls victim and becomes a host. She escapes and ultimately sacrifices herself to prevent the alien from being born. My eyes were wide as I watched Ripley fall backwards, in slow motion, into a burning inferno as she desperately held the last baby alien violently bursting from her chest—a chance at redemption for humanity.

Are you starting to get it now? One more concept. CG Jung described art as either psychological or visionary, the former describing times when people experience the film (or artistic creation) in the way that is intended. Visionary art is that which produces effects that are unanticipated, surprising, and meaningful. These films are vessels through which the collective unconscious speaks, and they are culturally significant.

The film Thelma and Louise (Scott & Gitlin, 1991) reflected the brewing rage that was being unleashed from the collective unconscious of women. The audacity of women to fight back and choose death over succumbing to a system stacked against them visibly threatened the status quo. Many male critics revealed their hidden fear of the vengeful femininethrough their harsh critiques.

In the film, two women friends decide to take a spontaneous trip, and the cynical and independent Louise, played by Susan Sarandon, is just what Thelma, played by Geena Davis, needed to break free from the grips of her emotionally abusive husband. A harmless expression of rebelliousness turns serious when Louise finds herself in a no-win situation and kills a man who attempts to rape Thelma after having a little fun at a bar.

They now find themselves on the run, and they come to terms with the reality that they are not likely to be believed that their actions were in self-defense. Along the way, the two women become empowered as they take a stand for self-determination. The scene of a terror-stricken semi-truck driver fleeing the scene after the two women blew up his truck was sending a message to patriarchy, the movie reflecting an unconscious need to release this rage into consciousness.

The detective, played by Harvey Keitel, symbolized the small number of men that sympathized with women’s plight at the time. I felt one with the millions of women who joined me in cheering as Thelma and Louise drove off the cliff—choosing death over oppression.

This eruption of anger on the screen coincided with the launching of the independent cable network Lifetime, which targeted women, and for a decade raised the consciousness of women and men about violence against women. At this time, violence within a marriage was considered a domestic and private affair, and it was not a coincidence that these images of violence and rage fueled the eventual criminalization of marital rape in all fifty states by 1993.

Back to Brad Pitt and Individuation

So, Brad Pitt plays a criminal who’s been on a therapeutic sabbatical. We don’t really know his story except that he feels a little unlucky, as reflected in his nickname Ladybug. His very presence seems to trigger destructive events in which others become swept up. Perhaps some mutual complexes at work.

The movie begins with him getting back to work on a case that is supposed to be rather easy. His handler, played by Sandra Bullock, tells him he’s filling in for a guy named Carver, it’s an easy job she refers to as a grab, and go. It feels like it’s his first day of kindergarten.

It gets complicated immediately, as soon as he boards the Tokyo bullet train, which is interesting itself as a symbol. The ensuing chaos and complexity occur on the world stage Moving at 200-275 miles per hour. It’s a great metaphor for the chaos occurring now as old rigid patriarchal systems are being dismantled.

The chaos is countered by the calm and smooth voice of Sandra Bullock’s handler character. Her name is Maria, the root of the name pointing to the meaning of her presence. Maria is a historically feminine name of Latin origin. It can be translated to either mean “of the sea,” “bitter,” “beloved,” or “rebellious.” In some cultures, it’s also considered to be a variation for the name Mary. (,https://www.verywellfamily.com/maria-name-meaning-origin-popularity-5191025) Sandra Bullock’s character could be seen to symbolize a guide, the Self, the unconscious, which is the realm of the feminine, which is an agitating force for Ladybug as he attempts to manage the tension between his past (one-sided masculine) and the new version of himself, which is unfolding during his individuation journey.

Ladybug’s verbal processing throughout the film reflects his conscious awareness of the process of coming int relationship with the contents of his unconscious. These contents, which have been gathering energy in his shadow, include complexes which he has processed somewhat, but are being triggered during this time of great stress.

Again, Maria is there as a companion during this trying time. The last scene, as they walk away from the remnants of the climax of the ultimate collision that perhaps cannot be avoided, feels eerie for me as I recognize my own journey to play the role of witness for my clients as they consciously choose the journey of individuation.

A nice way to wrap this up is to remind you of something CG Jung suggested more than a hundred years ago:

The fate of humanity depends upon the self-reflecting individual.

Take heart, you will not experience this entertaining movie like I did lol. However, I’m on a mission to encourage self-reflection, and Jungian film theory is just one tool to find deeper meaning in ordinary life experiences, including watching movies.

If you’re a movie nerd like me, you will enjoy Chapter 23 of my most recent book, ,Your Soul is Talking. Are Your Listening? It offers a concise description of Luke Hockley’s concepts and how they helped me find meaning in my most powerful film viewing experiences before and during my Midlife unraveling and reconstruction.

Working film images is a lot like dreams, except dreams are directly from the personal unconscious. When it comes to films, it’s about the images that speak to you, have an emotional impact on you, or just intrigue you. Both types of images are clues to what your Self wants you to explore.

A depth psychology coach isn’t just for addressing current obstacles. For those who are positioned to explore their future, to find a new calling or sense of purpose, and are ready to bring form to a new creative urge in the form of a business or other creation, I CAN HELP AS YOUR DEPTH PSYCHOLOGY COACH. ,Click here to check out my Services page and to schedule a 30 minute FREE chat. 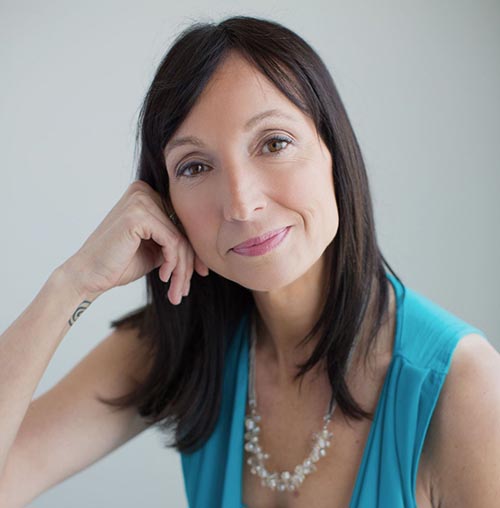