Gramps Jeffrey Ponders Our Nation’s Opioid Overdose Epidemic and the Proliferation of Homeless Baby Boomers, Wonders Why We Can’t Do More

Guest post by Gramps Jeffrey, author of “I Don’t Want to Turn 3”

But I’m asking you to look at the chaos we have created. Two issues stand out starkly for me: Our children are dying in record numbers from this opioid overdose epidemic and what have we done to fix this issue. And our fellow Baby Boomers are homeless in record numbers…

The 2020  Supplemental Poverty Measure (PLM) used by the Census Bureau put 12.8% of seniors 65+ below the poverty level. Considering that in 1966, seniors in poverty were at 28.5%, the Social Security Act, originally enacted by President Roosevelt in 1935, in  has really worked to reduce the shame America had back then for our seniors. But looking at how this current 12.8% is put together – the poverty rate among Black seniors is 18%, among Hispanic seniors is 17.1% and among white seniors it is 6.8%.

The CoC says older adults fall into homelessness because:

According to the Harvard Joint Center for Housing Studies, the number of people age 60 and over living in emergency shelters or transitional housing rose 69% over the last decade to 76,000 people. The incident of homelessness among older veterans has also risen to 19.2% of older veterans, up from 8.7% in 2009. 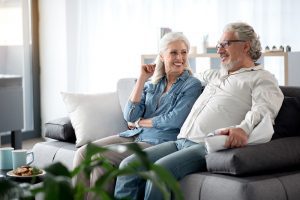 With 73 million of us Boomers hanging around and another 10,000 joining us each day, how can we as a generation ease the pain for our fellow Baby Boomers who are suffering? Keeping in mind that American homelessness is not just a moral disgrace, but also an expensive one to fix; homelessness is basically a housing problem, and to get people into housing it takes big dollars.

The American Rescue Plan passed in March of this year, begins to solve our problem. In addition to $21.6B for low-income renters, it has $5B in HOME grants, which cities and counties can use to invest in permanent supportive housing to prevent homelessness. The entire annual outlay for federal Section 8 housing vouchers, as a comparison is $22B.

Knowing that if we funnel the right dollars into solving homelessness, having fewer people on the streets saves time and money in doctors and nurses providing health care, saves on policing and fire fighting expense and saves the time and expense of our entire criminal justice system.

Our government alone cannot solve this issue that should haunt all of us. It takes a web of city agencies, nonprofits, and religious institutions to concentrate on treating and helping the Baby Boomers who are in trouble.

Now that many of us are retired or have more free time with no kids running around, we must be the volunteers who help the nonprofits and religious organizations implement the long-term solutions, so our children do not have to deal with this in the future. We all want to leave a Baby Boomer legacy that this society is better today because the Boomers got involved. 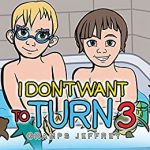