A Second Act as a Writer – Bill Thompson

Have you ever thought about retiring and writing a book? Bill Thompson did just that as a second act career and he’s written 22 novels over 11 years and has won numerous awards. But caregiving taught him was was most important in life.

Bill Thompson became a corporate entrepreneur early.  At age 12 he started a company to buy and sell coins.  By age 25 he had started an insurance agency that ultimately became one of the largest in Oklahoma.  Expanding that firm and adding more, Bill created a financial services holding company that operated in several states plus Bermuda, the Cayman Islands and England.

If variety is the spice of life, author Bill Thompson’s life so far has been spicy for sure! Over the years, and in no particular order, he’s been an international insurance broker, a mayor, a head of a state prison board, a stockbroker, a newspaper reporter, a Bourbon Street piano player, a corporate entrepreneur, an award-winning novelist, and many more…

Bill has always had a burning interest in archaeological finds, mysteries of the past, unexplained things in the jungle and stories of adventure in remote places.  Over the years he traveled extensively around the world and visited sites such as Machu Picchu, Stonehenge, Avebury, Egypt, Petra and many ancient Olmec, Aztec and Maya cities in Mexico, Belize and Guatemala.

Bill and his wife live in Dallas, Texas with three dogs, travel a lot, eat and drink well and have fun living life.

For More on Bill Thompson

From Role to Soul – Connie Zweig

On the Rewards of Writing

“Well, the one thing I realized right off the bat was I liked not working more than I liked working. So we sold the company and I started to write full time. And now 11 years later are about 22 books and two dozen national awards. So it’s gratifying day to day at 75. I’m really glad my life’s not what it used to be because I don’t think I could keep up with the pace that I did before. I was a Type A, driven entrepreneur. I swore I would never stop working.  That last year with my wife showed me that life really is fragile and you really have to embrace the things that are important. I still work. And now I write and I write because I love it and it keeps my mind active. And the great side effect is that I also have readers who enjoy what I do and that’s the most gratifying thing of all.”

“The most challenging thing…is the abrupt transition from being on top of the world to being a Caregiver and feeling really helpless. A lot of the time that I couldn’t change things, that things were going to happen the way they were. I was going to be an observer and a participant in a way, but I couldn’t give orders anymore. That would change things. So at first I resented that and then I began to realize that it wasn’t her or the disease that I was resenting. It was me. I couldn’t do what I thought I should do. But once I realized that an unexpected change was going to change everything for me, I accepted it. And I learned that tragedy can teach important lessons. When thing it taught me is what’s most important in life. And it certainly is not being a workaholic.”

Are you ready to do what it takes to create a great Retirement?
I help people create a multipurpose Retirement, with the right mix of interests, activities and pursuits to invest your time wisely.

Schedule a call to see if a 1-on-1 program or a small group Designing Your New Life program can give you an edge in your next chapter.

Visit retirementwisdom.com for tools and resources to help you retire smarter.

Joe Casey is an executive coach who also helps people design their next life after their primary career. He created his own next chapter after a twenty-six-year career at Merrill Lynch, where he was Senior Vice President and Head of HR for Global Markets & Investment Banking.

Today, in addition to his work with clients, Joe hosts The Retirement Wisdom Podcast, which thanks to his guests and listeners, ranks in the top 1.5 % globally in popularity by Listen Notes. Business Insider has recognized him as one of 23 innovative coaches who are making a difference.

He’s the author of Win the Retirement Game: How to Outsmart the 9 Forces Trying to Steal Your Joy coming this summer.

When I talk with new clients about their hopes for their Retirement, many say “I just want to retire happy.” But when we explore what that means and what it will take to retire happy, it becomes...

The SECURE 2.0 Act of 2022 brings sweeping changes to Retirement savings plans, with benefits for people planning and investing for Retirement – and for retirees as well. Pam Krueger, CEO of...

There’s a trap many people discover when they transition to Retirement: saying yes to0 soon or too often. The problem? Your hard-earned freedom can be squeezed by commitments to other people’s... 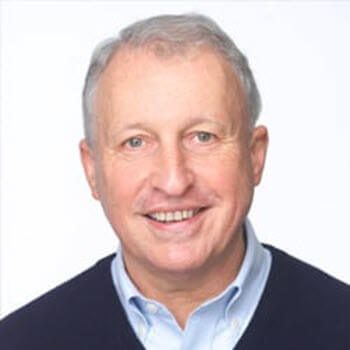 Joe Casey is an Executive Coach and Retirement Coach who brings extensive experience navigating transitions from his coaching work with clients and from his own life and career. After a 26-year career in Human Resources with Merrill Lynch, Joe shifted gears and retired early at age 52 to become an executive coach. His executive coaching practice has been named as one of the Top 10 Leadership Development Consulting Companies for 2019 by HR Tech Outlook magazine. He now also works to help people design their lives following their corporate careers, helping them pursue second act careers or to successfully navigate their transition to retirement.