What Happens in a Community Banter?

“Tell us your name, where you are living and a movie that scared you when you were young.”

That is the icebreaker we used for the first Hey, Boomer Banter. We had people joining us from New Hampshire, Connecticut, Georgia, South Carolina, California, Maryland, Pennsylvania and Florida. And the scary movies?

These folks knew their scary movies!

A banter is a playful and friendly exchange, and we certainly had that. We also expanded the definition a bit to include a place to build community and share some ideas. There was laughter, there was reflection, there was connection, and there was listening and encouragement.

The question about scary movies was not just a random question. It got people thinking about things that are scary, which led us into our topic of

We all agreed that these two ideas are related. Some of the other nuances were:

With this knowledge, members were next asked to think about what advice they would give to their younger self about facing a fear they might have had. People were really willing to play along with this question. Here are some of the answers.

Let me leave you with this thought. The things you would tell your younger self, it is not too late to take action on these things now. Baby step actions to build confidence. We are here to support you.

With that in mind, what advice would you give your younger self?

Next month the Banter will be on Tuesday, Feb. 21 from 6:30-7:30pm. In February we will talk about friendships. Past friendships, making new friendships, what it takes to be a friend, what you want from a friend.

Join us as we banter about strategies that have worked, and some that have not, when it comes to friendship. Use this link to join.

The post What Happens in a Community Banter? first appeared on . 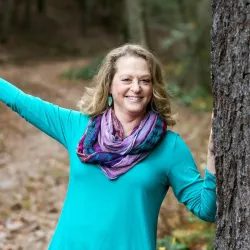