Back in the Groove and Recent Reads

I’m back to writing again on a daily basis. Since my last post, I’ve written more than 15,000 words on my next novel.

I guess you could say I got back in the groove. I’ve always said and advised others that the best way to write a novel (or nonfiction) is to do it on a daily basis. Some days are better than others, but after time you eventually reach a point where the words begin to flow. 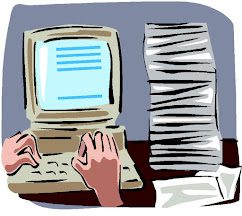 That’s where I am. While I don’t produce 3,000-4,000 words a day like I did in my younger days, I do write more than 1,000 and that seems to increase by the day. I do get somewhat mentally tired but that’s okay because it makes for a better nap. And when I go back to my work-in-progress, I pick right up where I left off. Even during the break, my overworked mind discovers more creative pathways to enhance and expand the story.

By the way, this manuscript is the sixth book in my John Ross Boomer Lit series. I’ll disclose more about it in the coming weeks.

However, there is one thing that I did to kickstart my writing. While having coffee with a writer/friend, he mentioned that he was using an outline to write a novel. He said it was the first time he had ever tried doing that. He’s more of a panster, like I have been when writing most of my novels.

The discussion reminded me of using an outline on a novel in the past. It was a loose outline, but it gave me some direction on where I wanted to take the story. So I did the same on my current work. By the way, another good reason to have a writer/friend to talk about writing, books, etc.

Since then I’ve been writing each and every day. Some days I don’t even look at the outline because the words are pouring out. On other days, I will give it a quick look to make sure that I’m still Moving in the right direction.

As I have with other novels, I’m not concerned about editing. That will come after I complete the first draft. For me, there will likely be 10 or more rewrites before I feel comfortable enough to submit it to my editor.

And now for a few recent reads:

Noted murder mystery novelist Chris Helvey writes about a guy going through several crises: Midlife, moral, and even misconduct. The protagonist, Dave Wertz, the protagonist, leaves Lexington, Ky., and goes to his hometown of Frankfort, trying to find some answers to the questions in his life as he reexamines his stale and unfulfilled life. Helvey constructs a novel with a cast of interesting characters that will keep readers guessing if Wertz can find peace of mind.