This Is Your Brain on Nutrition – Diet & Brain Health

This Is Your Brain On Nutrition – Brain Health Discussed
On today’s episode I talk with Matthew Peal the founder of the Movement Academy about brain nutrition. The Movement Academy help youth & seniors improve physical and cognitive performance.  Matt works with senior based organizational and executive directors to develop active aging programs that symmetrically prevents injuries and boosts cognitive function. Learn more about brain health and nutrition in this episode.

Last weeks episode was on the benefits of exercise so Matt and I focused on nutrition.  Just like with every other chronic disease there are things we should eat to minimize our risk or to slow the progression of symptoms as well as foods we should avoid.

One of the most important nutritional guidelines we can use is the MIND diet.  The MIND diet, as the name implies, is designed to promote a healthy mind and lower the risk of Alzheimer’s disease. It is a mash-up of the Mediterranean diet and the DASH diet — two diets that have been found to have several health benefits.

MIND stands for Mediterranean-DASH Intervention for Neurodegenerative Delay. It was developed by a nutritional epidemiologist, Martha Clare Morris, at Rush University Medical Center through a study that was funded by the National Institute on Aging. Her goal was to lower the risk of Alzheimer’s disease by promoting a diet consisting of brain-healthy foods.

The Mediterranean diet focuses on eating foods that are as natural as possible, while limiting unhealthy fats and red meat. The DASH (Dietary Approaches to Stop Hypertension) diet, as its name suggests, is aimed at helping to ease hypertension. It focuses on helping people to eat foods that can lower their sodium intake and blood pressure.
The MIND diet recommends eating 10 foods daily and avoiding five types of foods. The healthy-food group contains:

The five unhealthy foods are:

The rules of the diet are:

Get at least three servings of whole grains per day
Eat a salad each day
Eat one other vegetable every day
Drink a glass of wine each day
Snack almost every day on nuts
Eat beans every other day
Consume poultry and berries at least twice a week
Consume fish at least once a week
Unhealthy foods are allowed, but less than one serving per week, with the exception of butter
Less than 1 tablespoon a day of butter is allowed per day

Benefits
The researchers’ main goal in creating the MIND diet was to reduce the risk of Alzheimer’s disease (AD). According the Alzheimer’s Foundation of America, it is estimated that about a half-million Americans younger than age 65 have some form of dementia, including Alzheimer’s disease.

The study also found that the longer a person followed the MIND diet, the better protected the individual was from developing Alzheimer’s. The results of the study were published in March 2015, in the journal Alzheimer’s & Dementia: The Journal of the Alzheimer’s Association.
Special Bonus for Listeners:
As you heard in this episode I changed my eating and lost 100 pounds. I kept off 90 of those pounds for 3.5 year, then I hit 50, had to deal with my dying Father, with my Mother, you know, life.  I’m still down 80 pounds and working on losing another 10-15 but we all know how that goes.  During the episode I mentioned that I learned to bake differently so here’s a secret very few people know about.

You can swap butter for silken tofu!  Yes, you read that right, there is a good use for tofu.  I make chocolate chip cookies with half butter and half tofu and my husband loves them.  I’ve made them in the past with all tofu and those are good too, but the half butter ones are better. 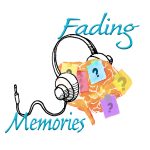 Back with us today are Mike & Kim Barnes of Parenting Aging Parents. If you missed their first episode with me, Balancing It All, be sure to listen to that one next. Kim has had to find solutions...

Hospice care is a type of health care that focuses on palliating a terminally ill patient's pain and symptoms and attending to their emotional and spiritual needs at the end of life. Hospice care...

After helping care for her grandmother who had vascular dementia, Jennifer realized her Mother was showing signs of early onset Alzheimer’s. After the death of her father in 2017 Jennifer went searching for answers to many of the common questions and Alzheimer’s Caregiver faces. Being a busy entrepreneur Jennifer realized that a podcast would be the easiest way to learn more about caregiving while completing other tasks.

Sadly, in late 2017 she only found one and it didn’t quite address what she was looking for, so she did the next best thing, and started her own. The Fading Memories podcast is now in it’s fourth year and despite the death of her Mom in March 2020, Jennifer is still talking to caregivers and still learning how to be an excellent Caregiver. On the podcast she discusses caregiving, brain health, Self-Care and how to age well.