A Review of Private Player by Louise Bay

This is my first time reading anything by Louise Bay and it won’t be the last. The title, sexy book cover, the setting in London, and the synopsis pulled me in. The storyline delivered on the elements of a contemporary romance novel sprinkled with some intrigue.

Meet Nathan Cove, a self-proclaimed playboy and the youngest CEO of Astro Holdings, an insurance company. The paparazzi caught him meeting with Audrey Alpern (married to his friend Mark) at 3 am at a drinking spot and started the gossip he was having an affair with a married woman. The company’s board is concerned about his Image and hires Gretel (PR professional) to fix his Image. Gretel tells Nathan that she has reached out to a reporter at the Post to write an “in-depth profile with all-access pass—no questions or parts of your life or business off-limits.” Nathan reluctantly is onboard.

He then attends the wedding of a friend and meets Madison Shore. They hooked up at the wedding. Madison goes to work on Monday to the Post and is surprised when she is handed the assignment to profile Nathan, and everything becomes awkward when she meets him at his office. But neither of them can deny their mutual sexual attraction.

To learn more about Nathan, Madison is invited to spend a weekend with Nathan, his parents and his four brothers. While there, Nathan confesses a secret about Mark that happened while they were at Oxford. Madison, however, doesn’t share her own secret that she’s the daughter of Mandy Mason, the queen of London gossip at the Mercury who is behind the article about Nathan and Audrey.  What a tangled web.

Overall, the author did a great job with the storyline, character development, sex scenes, dialogue, and intrigue. I loved that Nathan and Madison had to trust each other again after a few hiccups but nothing they couldn’t work through after reviewing the facts. Love conquered all as they made each other better by being with each other. I enjoyed this novel and it’s one I would recommend!

“Well, the Mercury is lobbing words like playboy and cheater and—”

“And none of those words are accurate when describing me, so what’s your plan?” The board had forced me to hire a PR person to repair my reputation as a playboy who was more focused on women than his business, so she needed to do her job.

“My plan is for you to tell me why you were with another man’s wife at Annabel’s at three in the morning. It’s usually better to start with the truth.”

“She’s a friend. We went out for some drinks.”

Gretel groaned on the other end of the line. She assumed I was lying. If I’d been trying to cover up something sordid, maybe I would have. But I was telling the truth. It just wasn’t the whole truth. 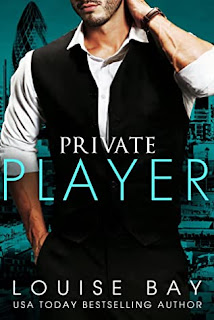