The Bracelet (Movie Review: Ava: A Twist in the Road)

Independent film exists because studios exist. Show business, particularly these days, has an almost sociopathic focus on the “business” side. Due to the coming merger of streaming behemoths HBO Max and Discovery+, nearly completed films were shelved and declared to be tax write-offs. TV programs that were deemed to be not profitable enough were canceled and/or removed entirely from the streaming library.

In the end, money rules all with the studios. No big surprise there, and the reason that Marvel Studios is the name in four-quadrant popular cinematic entertainment is that the movies make a metric ton of money. Mark my words, the first time there’s a legitimate flop in the MCU, we’ll see a metric ton of thinkpieces about how audiences are “Moving on” from superheroes.*

Studio cinema is about safe choices, concepts designed to sell as many tickets as possible and to translate to the broadest possible audience. Independent cinema is the reaction to that, the ability for artists to tell personal stories without being focus-grouped to death. Independent cinema gave us Karyn Kusama, David Lynch, and Spike Lee. It gave us films made by the kinds of people shut out of Hollywood, and made about the kinds of people Hollywood professes to care about yet doesn’t.

Independent films have a higher tolerance for risk. In this case, I don’t mean a ponderous Belgian drama about a suicidal chimney sweep, or a psychedelic journey that’s less about narrative and more about wild-ass images. It’s a risk to tell a story about a woman, and an even bigger risk to tell a story about an older woman. Catherane Skillen clearly realized that which is why she did the insanely hard yet worthwhile work of making her own movie, Ava: A Twist in the Road.

If ever there were a symbol of the life that Ava (Skillen) leads, it would be the bracelet. To look at it (and Ava adores looking at it), you might think she’s enamored with the gold and the surely expensive jewels, and the message it positively shouts that she’s a woman of status. Really, though? Ava loves it because Bobby (Bill Lewis) gave it to her. For years upon years, they have traveled together, lived together, and loved together.

Only…there’s a snag. There always is. Bobby is married. Not to Ava. There are complications on that front, yet Bobby assures Ava that he loves her and that when he shuffles off the stage called life, she’ll be taken care of. He’s even promised her that she’ll own their condo, free and clear. She trusts him since he’s given her spending money, a car, and the ability to live a life without a burdensome job.

The snag becomes a tear, a rendering of Ava’s life. Bobby dies suddenly. That alone is bad enough. Making things worse is Bobby Jr. (Steve Dellatori), the coke addict who’s been waiting for a chance to wreck the life of his father’s love. He hides the pages of his father’s will, leaving Ava destitute. She must make her own way in the world, with only a few close friends for comfort.

Director Skillen had a story she felt passionately about. She also had a budget for Ava: A Twist in the Road that was probably equal to the craft services budget on the last Star Wars film. Skillen made do, and the result is a small, personal, elegant film that never feels threadbare. She particularly has an excellent eye for shooting at the right location and letting the space do the heavy lifting when the budget can’t. It’s a canny move, and it’s one that I wish more independent filmmakers were mindful of. There are occasional issues in the filmmaking itself, such as some dissolves that feel abrupt and edits that disrupt the pacing. But it’s never enough to derail the film.

As the screenwriter, Skillen understands that she’s telling a story that’s character-driven rather than plot-driven. Ava isn’t defusing a bomb on a bus or rescuing her kids from Russian terrorists. She’s a woman who’s vulnerable, a little naive, and has lessons to learn about the nature of her relationship with Bobby. We see her make mistakes, some blindingly obvious, yet there’s compassion toward her and a reminder that any of us could make similar errors. With such a laser focus on characterization, some of the plotting suffers a little. A subplot involving the repellant Bobby Jr. doesn’t pay off in a satisfyingly emotional way and some of the supporting characters feel a little thin.

Those characters are played by actors who feel likable and, most importantly, real. I particularly liked Tannis Benedict as Ava’s best friend Leanne. She’s not a stock BFF character who comes fully loaded with hundreds of quips. Instead, Leanne loves her friend, is occasionally frustrated by her, and is determined to stick by her side. Benedict’s performance is subtle and honest. Speaking of which, Skillen plays Ava with a similar commitment to realism. There’s no actor ego here, no “Look at me, Academy!” moments. She knows when to hold the scene, when to share it with her fellow actors, and she always feels like a real person.

Somewhere, a high-powered executive is reading a script or being pitched a concept about an older woman. As they listen, they’re making quick calculations, wondering if “mainstream” audiences would accept such a story. That executive will likely say “no.” It’s safer that way. With a little luck, the person told “no” will see Ava: A Twist in the Road, and realize that there are some stories you just have to tell yourself.

*Should you feel bad for enjoying big, popular entertainment? You should not, but you do yourself a disservice by not seeking out the pleasures to be found with independent film. Some stories won’t be told by Disney, and some concepts will get nothing more than the barest lip service from Universal Pictures.

The post The Bracelet (Movie Review: Ava: A Twist in the Road) first appeared on OnJournalists. 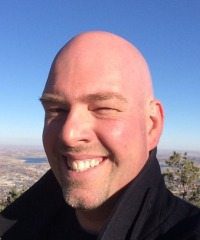