It’s A Book Thing Presents: An Interview with André C. Wade, author of Seven Ways to Disappear: The Book within the Book

Author’s Bio: André C. Wade was born and raised in Las Vegas, Nevada. After graduating from the University of Nevada Las Vegas with a degree in psychology, he moved to Los Angeles where he began writing. After Moving back to Las Vegas, he was later named a Champion of Pride by The Advocate magazine. His writing credits include articles for several magazines and newspapers where he advocated for the LGBTQ community. Seven Ways to Disappear: The Book within the Book is his first book.

Deliah Lawrence: What inspired you to write your book?

André C. Wade: A good place to go to find out a little bit of background and context for me writing the book is the blog that I created: www.7waystodisappear.com. Specifically, the entry on the origins of the ‘book within the book’ is a good blog entry to get a sense of the inspiration.

The thing to keep in mind when reading this book is that it’s a work of fiction by a fictional author inside of a larger story.

DL: What is your writing process?

ACW: My writing process is a little all over the place and depends on whether or not I am writing for leisure, whether or not I’m writing fiction or non-fiction, and most importantly, whether or not I have a deadline to adhere to. For instance, when I am writing fiction, I tend to try to carve out time to write by placing the time on my calendar. If I’ve been writing consistently, then it’s easy for me to pick up where I left off. If I’ve been inconsistent, which is usually the case, then I have to spend time orientating myself as to where I left off.

However, when I am writing fiction, and there is a deadline, then I tend to spend a day or two doing research and thinking about an outline (which I’m bad at). After I’ve done my research and have a basic sense of an outline, I usually have a sense of the tone, theme, and sentiment for the piece, then I just write. I like to spend a day writing the first draft, then re-visit the draft the next day (if I have time), to finalize things before I turn the work in to whomever is helping with editing. From there, I look at the feedback, make final touches, then I submit the piece.

DL: What were some of the challenges when writing this book?

ACW: It took me more than 20 years to self-publish Seven Ways to Disappear: The Book within the Book, which is part of a larger unpublished novel titled Seven Ways to Disappear. Because the ‘book within the book’ was published a bit out of context, I wrote a blog post about some of the challenges I faced when writing (and finally) self-publishing at least the smaller work.

DL: Is there any particular author or book that influenced you in any way either growing up or as an adult?

ACW: Although I grew up with books in the house, they weren’t necessarily books that I found interesting. That coupled with reading books in school, up until the 11thgrade, that I didn’t find terribly interesting, I didn’t find reading books as something I wanted to spend time doing. All of that started to change when I was in the 11th grade when I read The Scarlet Letter by Nathaniel Hawthorn. I found that story and the characters fascinating. When I read Albert Camus’ The Stranger and The Plague, and The Metamorphosisby Franz Kafka, then I started to be very curious and interested in novels.

In college, when I took two African American literature courses, it was game over. I read stories about people I identified with. I read stories about places I had been like down south in the United States. It was during these classes that I was introduced to James Baldwin, Toni Morrison, Richard Wright, and Ralph Ellison, and many, many more. I loved their work. I wanted to write like them – especially Toni Morrison, which is an impossible dream. Those two courses are partly why I decided to minor in English in undergrad.

By the time I began to enjoy reading and I started to seek out different authors and stories, I came across Brett Easton Ellis. Seven Ways to Disappear (my unpublished novel) was 100 percent influenced by the work of Brett Easton Ellis. I love his writing, his characters, and the way he tells stories about a place I eventually moved to: Los Angeles, California, which is the city that Seven Ways to Disappear is based.

DL: If you could choose a superpower, what would it be and why?

ACW: If I could choose a superpower, I would probably choose invisibility. I’ve always been fascinated with the idea of being able to observe people who don’t know I’m there. There’s probably a throughline with my majoring in psychology in undergrad and having invisibility as one of the seven ways to disappear, though how invisibility is talked about in Seven Ways to Disappear: The Book within the Book, is different than how I think of invisibility as a superpower.

DL: If you were hosting a dinner party which three authors would be your dream guests and why?

ACW: If I was hosting a dinner party and I could invite three authors to be my dream guests it would be:

·        Toni Morrison – because she was a brilliant author and a great thinker on the Black American experience in the United States.

·        James Baldwin – because he was a Black gay man who was an author, civil rights activist, and an observer of culture.

·         Brett Easton Ellis – because I have read about six of his books and seen about 3-4 films based on his work. I’d just like to have a conversation with him.

DL: What do you like to do when you are not writing?

ACW: When I’m not writing, I like to practice yoga, work out, read, hang out with my partner and friends, listen to music and enjoy life by having fun experiences like traveling, trying new restaurants and bars, and watching good movies and television series.

DL: Would you like to share an excerpt from Seven Ways to Disappear: The Book within the Book?

“Want to disappear from your life? Of course, you do. Otherwise, you wouldn’t have picked up this book. There are many reasons for wanting to disappear. Maybe you feel trapped in a job you don’t want, but because you have mountains of bills to pay, you stay. Maybe you’re trapped in a relationship you loathe, but you need love and stability, so you stay. Maybe the trappings of family life have gotten you down, but you’re committed to your partner and kids you stay and feel your soul dying a little bit every day. Maybe you’re trapped by the boredom of your humdrum life, wishing you could reverse every decision that led you to this point in your life of wanting a new one. Whatever the reason, you’ve probably had enough and are ready to disappear.”

DL: What new projects are you currently working on?

ACW: Currently, I’m working on finishing a draft of a manuscript of a non-fiction book that is a collection of writings I’ve done over the past two decades advocating on behalf of the LGBTQ+ community. The writings consist of published and unpublished newspaper and magazine articles, speeches, legislative testimonies and more.

The book will include a little bit about me, and anecdotes about what was happening in the world or during my career. The goal of the book is to give researchers, advocates, and people interested in the LGBTQ+ equality movement a snapshot into what was happening in Nevada from about 2010 – 2022.

DL: Where can readers learn more about you and purchase your book(s)?

DL: Thanks so much for being here with us today. I know my readers will enjoy getting to know you and your work. 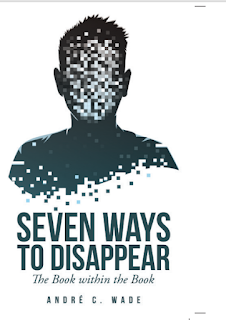 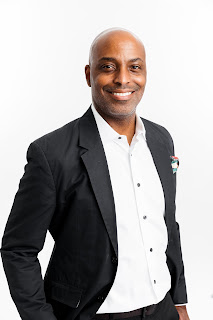