A Round of Golf with My Father – William Damon

It’s wise to look back before you go forward. William Damon, one of the world’s leading developmental psychologists, shares insights from an unexpected life review sparked by information on the father he never knew. His new book A Round of Golf with My Father: The New Psychology of Exploring Your Past to Make Peace with Your Present illustrates how a life review can shape your future and sense of purpose.

William Damon joins us from California.

William Damon is the director of the Stanford Center on Adolescence, a professor of education at Stanford University, and a senior fellow at the Hoover Institution,.

Damon’s research explores how people develop integrity and purpose in their work, family, and civic life. Damon’s current work focuses on vocational, civic and entrepreneurial purpose among the young and on purpose in families and schools. He examines how young Americans can be educated to become devoted citizens and successful entrepreneurs. Damon’s work has been used in professional training programs in fields such as journalism, law, and business and in character and civic education programs in grades K–12.

Damon’s recent books include Failing Liberty 101; The Path to Purpose: How Young People Find Their Calling in Life (2008) and Taking Philanthropy Seriously (2006); Damon’s earlier books include Bringing in a New Era in Character Education (Hoover Press, 2002); Greater Expectations: Overcoming the Culture of Indulgence in Our Homes and Schools (1995); and The Moral Child (1992).

Damon is editor in chief of The Handbook of Child Psychology, fifth and sixth editions (1998 and 2006). He is an elected member of the American Academy of Arts and Sciences, the National Academy of Education and a fellow of the American Educational Research Association.

Before coming to Stanford in 1997, Damon was University Professor and director of the Center on the Study of Human Development at Brown University. From 1973 to 1989, Damon served in several academic and administrative positions at Clark University. In 1988, he was Distinguished Visiting Professor at the University of Puerto Rico, and in 1994–95 he was a fellow at the Center for Advanced Study in the Behavioral Sciences.

Damon received his bachelor’s degree from Harvard College and his PhD in developmental psychology from the University of California, Berkeley. He is married and has three children.

For More on William Damon

A Round of Golf with My Father: The New Psychology of Exploring Your Past to Make Peace with Your Present

The Future You – Brian David Johnson

Are You Ready for The New Long Life? – Andrew Scott

On Purpose versus Meaning

“…purpose is more than meaning. It goes beyond meaning. You have a goal, you have something you’re trying to accomplish. It’s a commitment to do something that makes a difference in the world. And even more than that, there’s a bit of a beyond the self aspect to purpose, almost like a transcendent quality. If I have a purpose in life, it’s something I’m dedicated to that I care about so much, because I think it will leave something to the world at large, the world beyond the self. And so the word meaning signifies all kinds of interesting things that you can do. You go to a movie – that’s meaningful.  You can read a poem – that’s meaningful. All those things are great, nothing wrong with them. But purpose goes beyond that. Purpose is an effort and an intention to accomplish something that makes a difference in the world beyond the self.”

On the Accessibility of Purpose

“…a lot of people are put off by the idea of purpose because they think of Achilles bravely going forth into battle. And of course there are heroic purposes, but raising a family, that’s very ordinary. A lot of people raise families and have the purpose of wanting to do right by their children. Every kind of job, the most ordinary, mundane job can be done purposefully. It isn’t always done purposefully, and that of course makes a huge difference. But that’s true of people in high status jobs, as well as low status jobs. They can either be purposeful or not purposeful. And the person that sweeps the streets, if that person is dedicating himself or herself to it, and is really trying to do a good job and understanding how important it is, that person has every bit as much purpose as the President of the United States or anybody else in society.”

“You think about your history of purposes in life and bring that forward to the present.”

On Learning from a Life Review

“Well, first of all, I learned that I, maybe like a lot of people, am prone to the mistake of avoiding difficult emotional conversations with people. And that to me is important, not because my parents are still alive, they’re not, but of course, I have children and grandchildren and friends. And I’ve learned that it’s really important while I’m still alive to have the important conversations with people. And to be honest and let them know everything that is important to them, because I’m not going to be here forever. And a lot of these conversations are not easy. And I also learned that I have the capacity to grow, even late in my life. And I enjoy that. This is kind of a no pain, no gain [thing]. Sometimes working through things that are difficult, you end up on the other side of them feeling really, really good about them and that’s an important learning experience for people to have.”

I help people who are retiring from their primary career – and aren’t done yet – discover what’s next.

A long Retirement is a terrible thing to waste.

Schedule a call today to discuss how we can work together to make yours great. 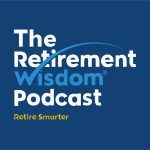 Dr. Jordan Grumet brings a unique perspective to the topics of early Retirement and a second act career. He has seen first hand the regrets of patients facing the end of their lives. His new book,...

What are the keys to a successful marriage?  A lot of things change when you retire. Will your marriage evolve and become even stronger? Ana Gabriel Mann and her husband John David Mann have written...

Joe Casey is an Executive Coach and Retirement Coach who brings extensive experience navigating transitions from his Coaching work with clients and from his own life and career. After a 26-year career in Human Resources with Merrill Lynch, Joe shifted gears and retired early at age 52 to become an executive coach. His executive Coaching practice has been named as one of the Top 10 Leadership Development Consulting Companies for 2019 by HR Tech Outlook magazine. He now also works to help people design their lives following their corporate careers, helping them pursue second act careers or to successfully navigate their transition to Retirement.