The Power of Prayer

In Episode 122, we discuss how prayer will help you find peace and comfort during your grieving process after a loved one’s death.

Please visit my corresponding blog for Episode 122 – https://marymac.info/2022/04/03/the-mary-mac-show-the-power-of-prayer-grief-podcast-ep122/ – to find show notes and all related links to help you. 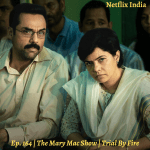 In Episode 164, we share the story of Neelam and Shekhar Krishnamoorthy's 25 year struggle to obtain justice after the death of their two children, along with 57 others and an additional 103 injured... 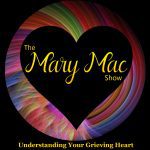 In Episode 163, we continue to discuss how to simplify our surroundings and the way we live our life so we can lead a calmer everyday existence while we are working through our grieving process....

In Episode 162, we discuss how to simplify our surroundings and the way we live our life so we can lead a calmer everyday existence while we are working through our grieving process. Please visit our... 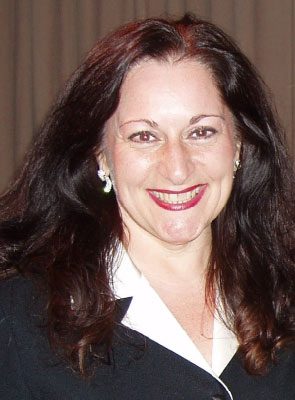 Mary M. McCambridge is a Grief and Bereavement Specialist, Award-Winning Author, Personal Confidante to Bereaved Men, who established Grief Authority, The Mary Mac Show Podcast and the Foundation for Grieving Children, Inc. Mary Mac shares her over 35 years' experience with those who are grieving the death of a loved one. The Mary Mac Show is heard weekly in over 85 countries, ranked in the top 10 Grief and Bereavement Podcasts, and among the top 5% of podcasts globally.

Before her 27th birthday, she would lose two friends to drunk driving deaths, two to inoperable cancers, her grandfather to illness and her 11 year-old stepdaughter to murder, which would remain unsolved for 18 years. Later in life she would survive the near death experience of flying off the back of a motorcycle, a traumatic brain injury and nearly two years to recover her ability to walk again.

She is the author of several books in her field including her signature work “Understanding Your Grieving Heart After a Loved One’s Death” and “How to Help a Grieving Child After a Loved One’s Death,” and her award-winning directories “The National Directory of Bereavement Support Groups and Services” which catalogued support groups around the country long before the internet was born. Nearly twenty years ago, she created The Foundation for Grieving Children, Inc., the first national non-profit public charity to benefit organizations which help bereaved children, teens, young adults and their families regardless of manner of death.

She has appeared in print, television, radio, web and podcast media to spread the word as to how to deal with the death of a significant person in our lives and received several awards for her work. As a nationally known crime victim rights advocate, she lobbied and wrote legislation with New York State legislators for better laws for crime victims and assisted homicide detectives and district attorneys in helping families whose cases were highly sensitive, as well as attending more murder trials to support and guide families than she can remember. She is outspoken on the imbalance of how perpetrators vs. families of homicide victims are treated in society and throughout the criminal justice system as well as the steep jump in crime rates in the United States today. Her numerous awards include New York State Legislative Resolution for her work on behalf of survivors of homicide victims, The Caring Hand Award for her over twenty years work on behalf of grieving children, "Best New Directory, First Edition" from the Directory Publishers Association, and The Frank O’Hara Award, the highest award bestowed on distinguished alumni from her alma mater.