Warning: Carl turns into super-fanboy this week when he gets a chance to talk with Renel Brooks-Moon. She has broken barriers as a baseball announcer whose accomplishments are enshrined in the Baseball Hall of Fame. Even if you’re not a huge baseball fan like Carl, you will be inspired by the incredible second act story of how a young woman of color breaks into the world of radio in the ’80’s, co-hosts the highly popular “morning zoo” show and then became the beloved public address announcer of the San Francisco Giants.

Twenty-two years later and 3 World Championships later Renel is still inspiring girls and young woman around the world. Plus one oldish Jewish host.

• Subscribe to the I Used to be Somebody newsletter:  https://pickleballmediahq.com/contact/subscribe A lot of first take place during big episode #60! Carl interviews his first psychotherapist (and of course tries to get a free therapy session), first Ironman competitor and first wedding officiant.... 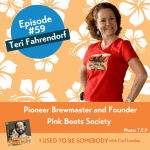 What do pink boots have to do with being a professional craft beer brewmaster? I guess you'll need to listen and find out in this episode. Teri Fahrendorf was headed on the fast track in high tech... It's summer bonus time in the Landau tiki bar! Yes, in one episode you get to listen to all the goofy "openers" of the podcast episodes--short funny phone conversations for another laugh.  At the... 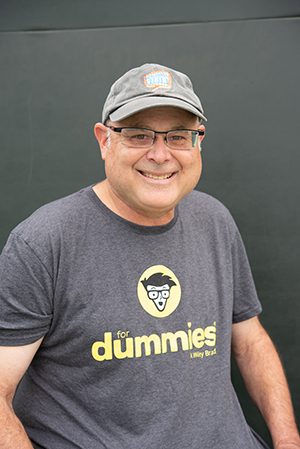 Carl Landau is co-author of the new book, Pickleball for dummies. He has been an entrepreneur since the age of 26 and now in (un)Retirement is founder of Pickleball Media. He has started and sold three successful media companies, published five magazines (software development, winemaking and craft brewing industries). He currently hosts the popular podcast I Used to be Somebody, inspiring 50-plus-year-olds how to build their (un)Retirement good life, including, of course, a little bit about the virtues of the game he loves — pickleball.