SAM INGRAFFIA has been a professional writer for over three decades.

He was born in Chicago but grew up in Los Angeles. He attended UCLA and shortly after graduating with honors, began his writing and acting career.

Sam had no show business connections when he started in the industry, so his original plan was to write material for himself to help his burgeoning acting career. “In the beginning, I was the only one who would cast me.”

He and another actor wrote a short pilot presentation in which they played the two leads. They performed excerpts from the project at comedy clubs and showcases all around Los Angeles. The project was eventually optioned by Universal Studios. The pilot never sold, but that was the beginning of his long, successful career as a writer.

November 29, 2022
Sick,Tired,Untreated and Abandoned -How You Can Get Your Life Back

November 25, 2022
Authors how to protect your privacy on Apps

Before You Install an App Before you install an app, here’s what you can do to better protect your privacy: Use official app stores. To reduce the risk of installing potentially harmful apps,...

Does My Business Need A Mobile App? By 2019, over a third of the human population on Earth had a mobile smart device such as an Android phone, iPhone or iPad. This statistic represents a new way... 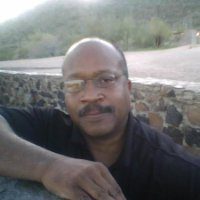