We learned during Supreme Court Justice Brett Kavanaugh’s hearings about the rite of passage known as Beach Week, where graduating seniors hit up beaches for parties both public and private. How could money and privilege affect the outcome of a tragedy after a group of friends goes into the ocean – but one never comes out again?  What if one of those friends became a mom, and then the tragedy repeated itself 25 years later – with one of her daughter’s friends?

This is the scenario of former police reporter turned bestselling author Aggie Thompson’s new book, ALL THE DIRTY SECRETS (Tor-Forge, July 2022). One warm summer night 25 years ago, Prep School graduate Liza Gold and her friends were supposed to have the night of their lives at the beach after graduation – until one of them never came out of the ocean.  Now, Liza is a mom when history repeats itself.  This time, it’s one of her daughter Zoey’s friends who drowns during Beach Week under suspicious circumstances. 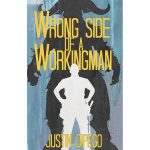 Born in Chicago, Justin DiPego moved to Los Angeles at a young age when his father, Gerald DiPego, began his long screenwriting career. His mother, Pauline DiPego, being a writer and artist as well,... 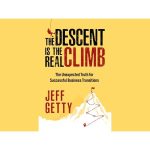 September 16, 2022
THE DESCENT IS THE REAL CLIMB by Jeff Getty

Family Wealth Consulting’s Managing Director Jeff Getty is launching his new book, “The Descent Is The Real Climb.” Getty compared the process of running a business to climbing Mt. Everest. We...

We are steeped in biases at a young age and replicate what we see throughout our lives, says Beatrice Adenodi, founder of Mirror Inc. According to Beatrice, we wear masks to hide, but we can learn to...