I got to speak with Liz Medwid.

Liz plays the character “Miss Elizabeth” on The Smile Syndicate Music Hour podcast, a music and comedy fiction variety show she co-hosts with husband Jason Medwid. Liz and Jason started their creative adventure in 2015, and now produce two episodes per week, with fictional characters based in the town of Smileton. When Liz isn’t writing stories or performing voice work for the show, she builds websites for local businesses and watches Columbo with her family. 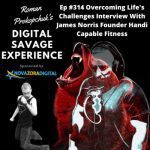 I got to interview James Norris. James Norris is a public speaker, mentor, and the founder of Handi Capable Fitness a nonprofit organization that aims to help those with physical challenges lead a... 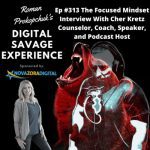 I got to interview Cher Kretz. Cher is a counselor, coach, speaker, and podcast host. Over her 20+ years of working in the mental health field as a school counselor and life coach, she has developed... 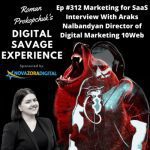 I got to speak with Araks Nalbandyan. Araks Nalbandyan is the director of digital marketing at 10Web. With a proven experience in working in different agencies and mapping out growth channels for...